Were Apollo Astronauts the Finest Photographers of the 20th Century?

Make a mental list of the best photographers of the last century.

For his part, Dutch designer Simon Phillipson adds 33 other names to the list — the astronauts of the Apollo space missions. Phillipson holds that the photographs taken by the astronauts stand apart because they expanded our understanding of what it is to be human, to live on “a delicate little orb” amid the cosmos.

Phillipson is not an unbiased historian of photography; along with designers Floris Heyne, Joel Meter and Delano Steenmeijer, he has just released the book Apollo VII – XVII, featuring 225 photographs taken by the astronauts. But the images make a compelling case for his assertions, notes Wired.

While astronaut photography is often seen as historical documentation or scientific evidence, the new book considers the images as breathtaking art.

“We wanted to give them a place where we can nominate them as some of the most significant ‘photographers’ in human history,” Phillipson says. 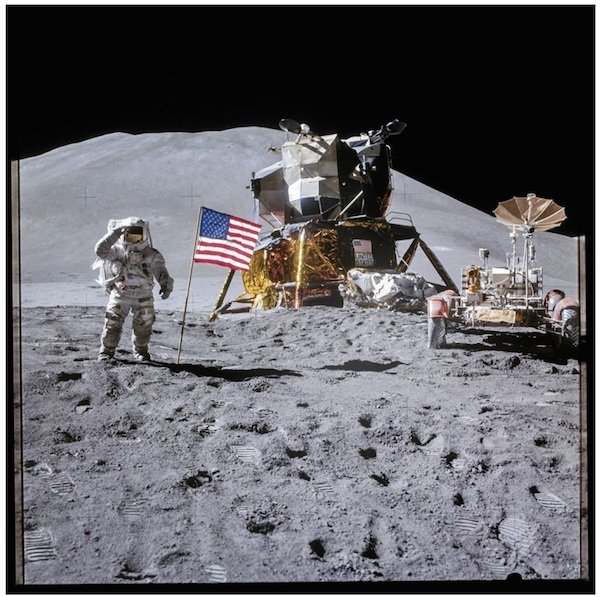 The internet is awash in NASA photography, including images made by the Apollo astronauts, but, as Wired notes, the pictures have never looked like this before. Phillipson and his colleagues spent a year restoring images culled from NASA, the Hasselblad archive in Sweden, and the personal collection of astronaut Walter Cunningham, the Lunar Module Pilot on Apollo 7 — the first manned Apollo mission. Cunningham also contributed an essay to the book.